If I you have endured this far, you are already familiar with the idea that when in electronics something sucks, either for being laborious, heavy or annoying, someone invents an integrated circuit that solves the problem for us, so we can dedicate ourselves to think on what we want and not to be concerned whether a wire is loose or you have defined correctly the character arrays.

And as you could suspect, the 8 × 8 LED arrays are no exception.

In fact, we have a widespread integrated circuit manufactured by Maxim, the MAX7219 / MAX7221, that makes us become reconciled to the LEDs arrays and even with the 7-segment LED displays. Their features are: 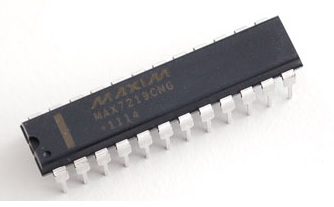 So the only reason to hand-wire any type of LED displays is to understand the circuit and learn (suffering, of course), but in the real world will use a chip like this, because it will save many hours of uttering insults. 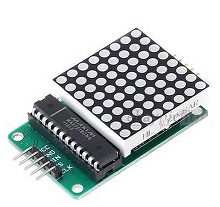 In the future we will include a chapter to show how to deal with these displays using the chip directly, but for now we will deal with a breakout board that includes an 8×8 dot LED array and one of these chips.

For less than the worth of their components, we can buy a breakout board with a 8×8 dot LED matrix governed by a MAX7219 and forget about further complications. They are easy to assemble on a breadboard and besides they can be connected in cascade, i.e., we can connect up to 8 in series. The connection with our Arduino is via an asynchronous SPI serial port.

Again, when an external controller is used, the connection is trivial. 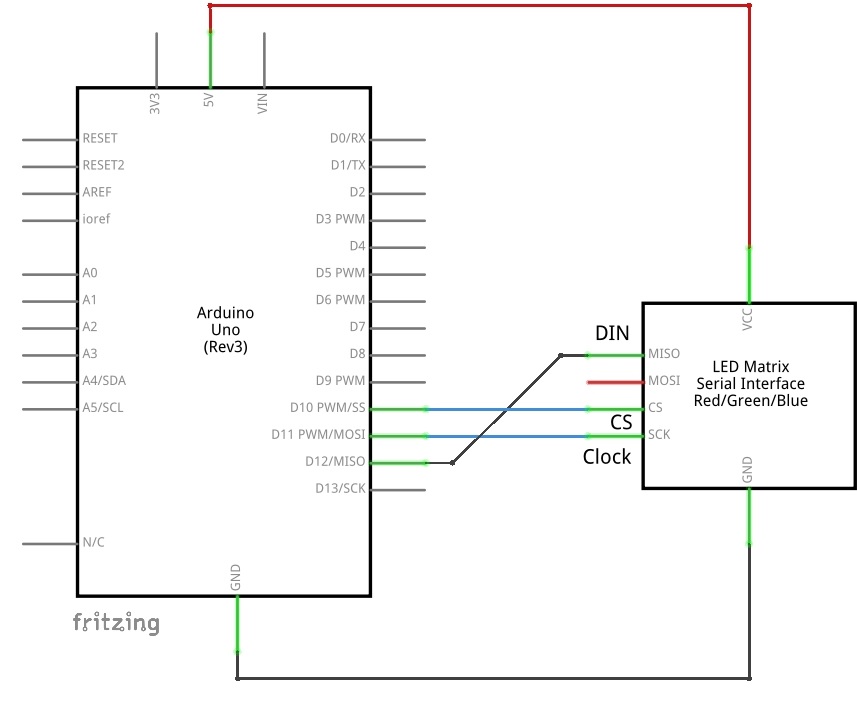 And for the breadboard: 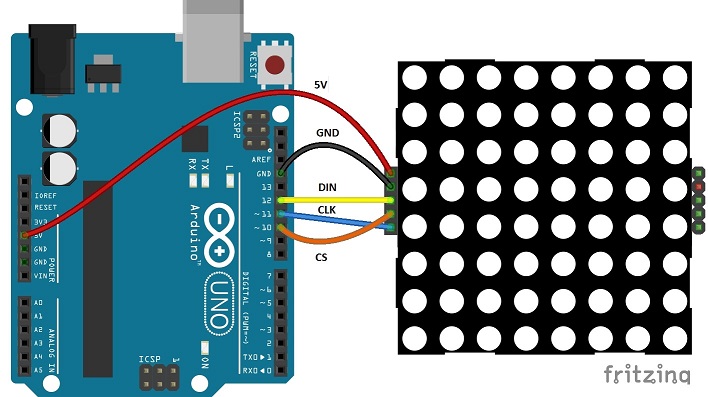 To handle the array, there is a control library available, called LedControlMS and can be downloaded from here adafruit LEDControl library

Once you’ve installed the library, Sketch\ Include Library\ Add ZIP. Library…, you must first include the following statement:

When the sketch starts all the arrays are in standby mode, so we must activate them first.

And now we have just to write the message:

In summary, the entire sketch to write a message could be like this:  Prog_38_1

As you can see, just like in the previous chapter, we don’t have to define character arrays or worry about multiplexing the pins.